In this article, we will explore Rhino 3D vs Fusion 360 as two popular 3D modelling software choices by architects and designers and see how they stack up against each other.

Fusion 360 software is a cloud-based 2D and 3D computer-aided design and computer-aided manufacturing tool. It is relatively young, and was developed by Autodesk. It was officially launched as a commercial product in 2013.

Fusion 360 software gives you a comprehensive range of tools and features, ranging from surface modelling and parametric modelling to mesh modelling. Some of them include:

Load Simulation: The software allows you to see how different weights would affect your design, and where the stress points are. This gives the professionals a better understanding of how their designs will perform.
Animation: Fusion360 allows its users to do keyframe animation so they can make all kinds of animations for their assemblies, like engines, gearboxes, etc. However, the software should only be used for simple to mid-complex animation visualisation.
CNC Machining: Fusion360 supports computer-aided manufacturing.
PCB Layouts: The software offers features for electronics as well, and can help simplify PCB Layouts and schematic designs.

Rhino software is a 3D design tool developed in 1980. Although Rhino can also be used for 2D drawings, it is not its main purpose.
Rhino allows its users to create, edit, analyse, document, render, animate, and translate NURBS curves, with no limits on complexity, degree, or size. Rhino also offers the advantages of rapid prototyping, additive manufacturing, reverse engineering, CAD, and CAM (Computer-Aided Manufacturing).

Rhino boasts many features. The most important ones include:

Free-Form Tools: Rhino software gives you a range of free-form tools to make 3D modelling easier. Before Rhino, these tools were only available in programs that were much more expensive.
Polygonal Meshes and Point Clouds: Its accuracy and flexibility make it possible for students to explore these forms and build their ideas.
Cross-Platform Compatibility: This allows professionals to use Rhino to work on designs and models from other CAM (Computer-aided Manufacturing), illustration, and animation software.

Most AEC professionals usually use a number of different software to help them accomplish their tasks and fulfil their vision. Twinmotion and Lumion are two such software. They aid designers by creating renders. If you would like to learn more about rendering and the software available for it, check out Twinmotion vs Lumion: Which Rendering Software is Best for You? (2022). 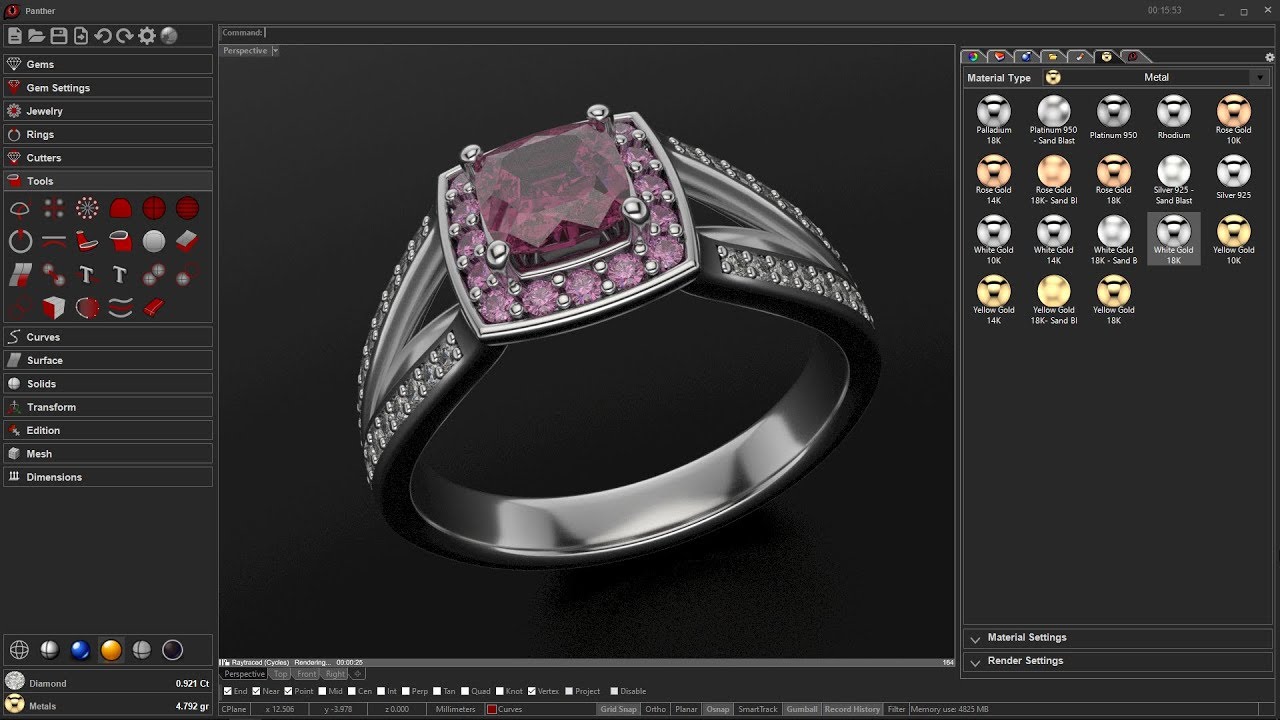 Fusion 360: Fusion360 software is used in many industries including Electronics, Mechanical design, Furniture making, Architecture, and Aerospace design. It is a business software more than an artisan software and is used for generative design, simulation, additive manufacturing, and even documentation.

Rhino 3D: Rhino 3D can be called an artisan software, and is used in many industries including Industrial design, Architecture, Interior design, etc. Its easy learning curve and ability to create complex and precise designs make it ideal for Jewellery design, transport design, and accessory design as well.

If you're curious about the utilities of Rhino 3D in comparison to other software, check out 3DS Max vs Rhino 3D: Which Software Should You Learn in 2022?

Fusion 360: Fusion360 software has a complete suite of 3D modelling tools making it easy to create solid models. The flexibility of the software allows the users to create great organic geometry and services. Overall, Fusion360 does not have a steep learning curve and any user with little prior knowledge of CAD can quickly get a hang of the software.

Rhino 3D: Rhino 3D software is easy to learn, with no steep learning curves. Its intuitive interface allows the users to start working on designs even if it's their first time using the program. However, if one wants to fully benefit from the software, he/she may need some experience and practice with the software.

Fusion 360: Fusion360 software has a free subscription of three years for students and educators. It also gives you a free licence if you are engaged in a hobby or nonprofit business, and your revenue does not surpass more than 100,000 USD annually. You can also get a free licence If you do not fit any of the cases above and have it with an annual subscription of $495/year (or $60/month). This makes the software affordable for short-term projects.

Rhino 3D: Rhino software does not have a free trial available. It is a good tool to use for the long run as you have to pay $995.00 to use the programme forever. It is not a subscription product, and you have to pay to use a particular version of the product forever. 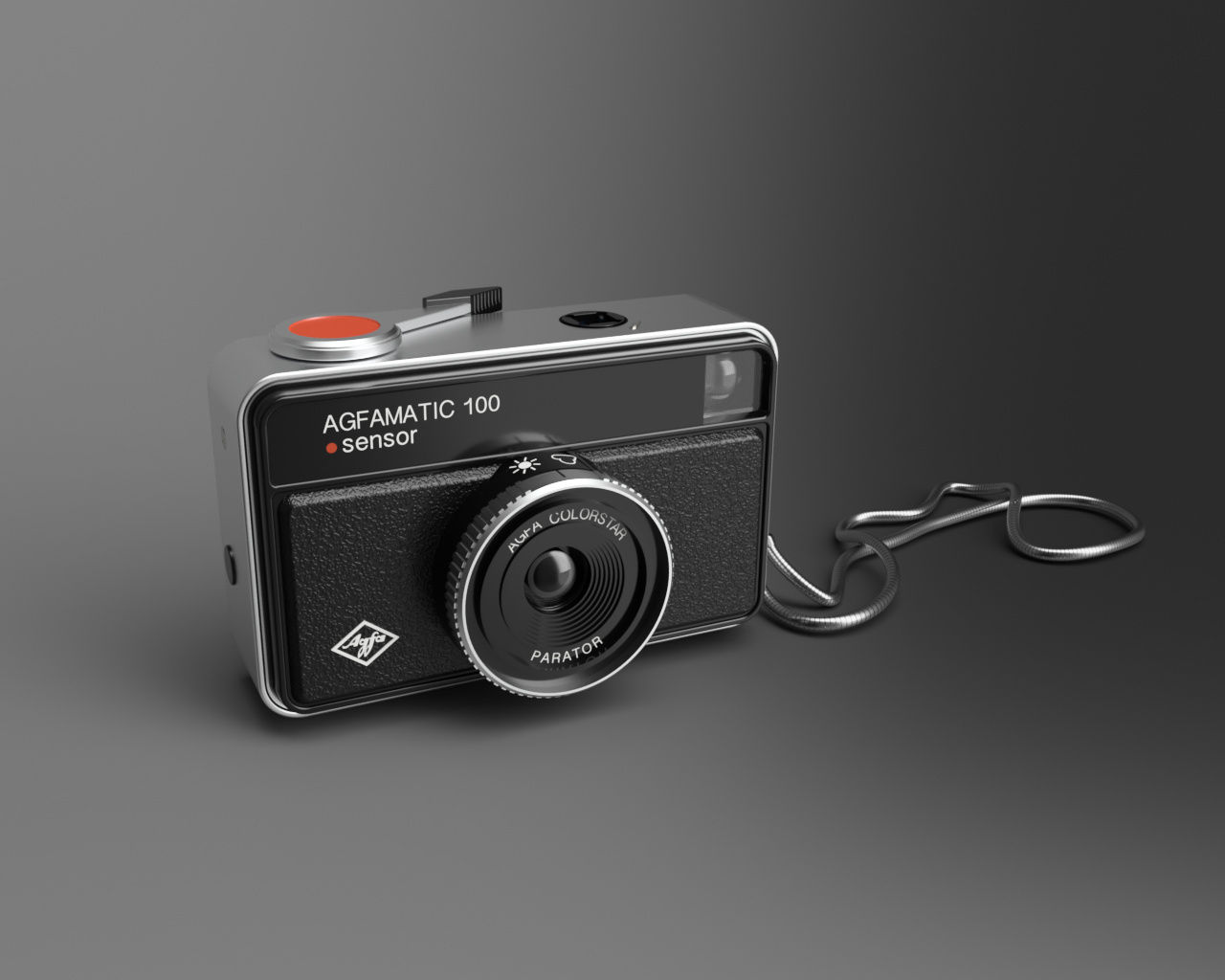 Fusion 360: In Fusion 360, you have to head over to the model or patch icon and hover over it to get a layout that lets you select renders. The software also gives the freedom to choose the type of rendering process. In Fusion 360, the rendering time depends on the assembly size, reflectivity, transparency of parts, etc.

Fusion 360: Autodesk’s Fusion 360 is available both for Mac and Windows users.

Rhino 3D: Rhino is also available for both Windows and Mac.

So, What Should You Choose?

Overall both the software have a neck-to-neck battle, and it depends on the gap in your workflow that each one can fill. One thing is for sure, you can’t go wrong with either Rhino 3D or Fusion 360.

What 3D software is best for you can very much depend on a lot of factors. So consider the following points when choosing the perfect one for you.

And if you want…

Additionally, while Rhino 3D and Fusion 360 represent solutions to a certain architectural problem,  they are components that are one part of a much longer building process. Rhino 3D is heavily utilized in BIM workflows, to very good effect. Read more about how this is accomplished at BIM 360: The Essential BIM Construction Management Tool For All Stakeholders.

To get more information and training in Rhino 3D software, along with the most in-demand AEC skill - Building Information Modelling, head over to Oneistox’s BIM Professional Course. Go to our Resources page if you want to get more insights on AEC careers, software & tools, and industry trends. Your Guide to Rhinoceros: How Easy is it to Learn Rhino 3D? Rhino 3D vs SketchUp: Which Software Should You Learn in 2022? Rhino 3D vs Solidworks Software: Which One Should You Learn in 2022?